On Sunday night the Toronto FC Academy 2003 side defeated Hamilton United Elite 3-2 to win the OPDL U-17 Charity Shield. The win capped off an invincible season for the Young Reds.

TFC opened the scoring as Matthew Wrobel took advantage of a mistake by the Hamilton keeper and fed the ball to Christian Zeppieri who slotted the ball into the wide-open net.

Wrobel was again involved in the second Reds goal, this time setting up Kosi Thompson in tight. Hamilton pulled one back in the second half before Thompson turned on the jets to outpace a few Hamilton defenders and finish to make it 3-1.

Hamilton scored again at the death, but the Reds held on for the 3-2 win. The victory completed an incredible season for the 2003s. The team went 17-0-3 in the OPDL regular season, with a plus 49 goal differential. 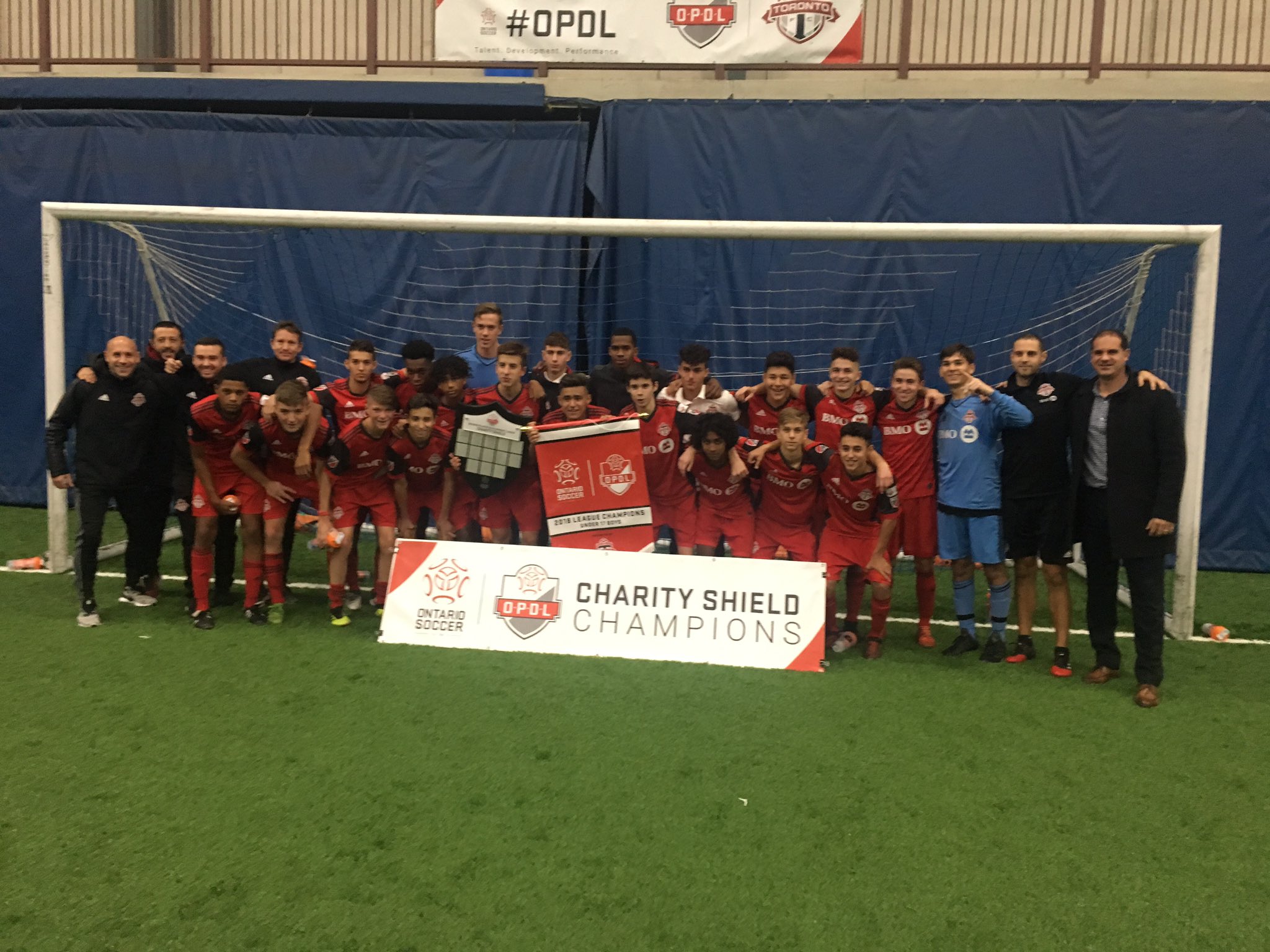 All net proceeds from the game will go towards a charity of TFC’s choice.