Toronto FC II forward Jacob Shaffelburg has been named the USL League One Player of the Week for Week 10 of the league’s inaugural 2019 season.

Shaffelburg recorded one goal and two assists over his side’s two games during the week, which saw TFC II hand North Texas SC its first defeat of the season with a 3-2 victory last Wednesday evening. The performances continued Toronto’s good recent form and moved the side into third place in the League One standings.

Also named to the League One Team of the Week was Toronto FC II's Terrique Mohammed and Luca Petrasso.

Petrasso was dangerous in the final third over both of TFC II’s contests during the week with one assist, four key passes and nine completed dribbles, and he also completed 50 of 61 passes overall. 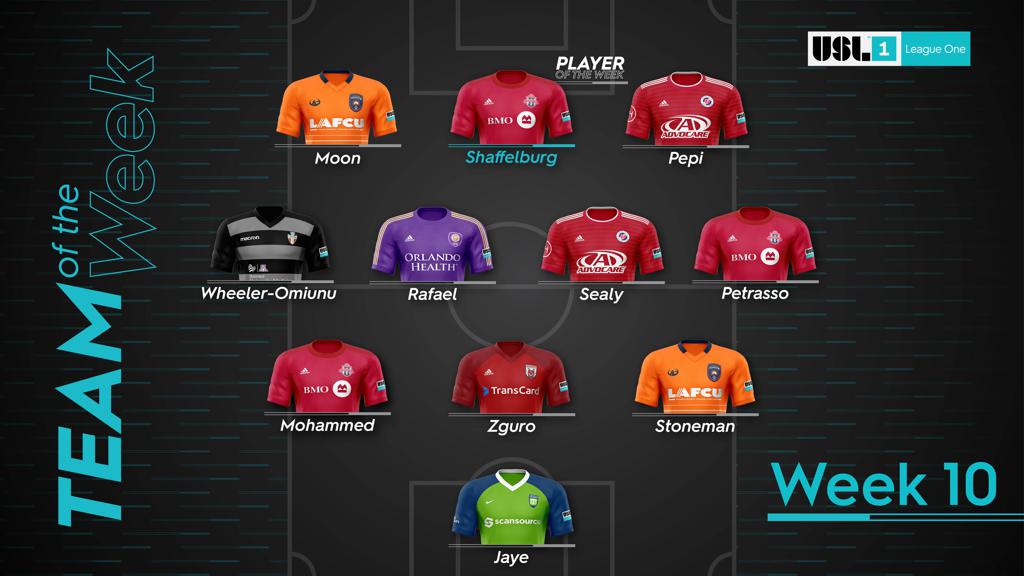